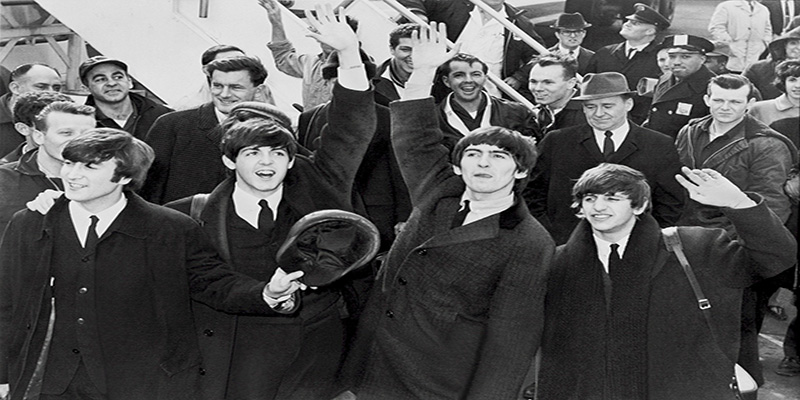 Paul McCartney was one of the most strongly rumoured names to headline the landmark edition of Glastonbury. He is confirmed as a headliner of the Pyramid stage on the Saturday night for this year’s festival.

McCartney tweeted that he was “excited to be part of your anniversary celebrations. See ya next summer!”

Emily Eavis described the booking of the former Beatle, Paul McCartney as “an absolute dream come true. There really was no one that we wanted more for the 50th anniversary”. Michael Eavis had previously said he hoped McCartney would play again, “hopefully for the 50th”.

Beating Rolling Stone’s, Charlie Watts, who was 73 when the band played in 2013 Paul McCartney will turn 78 during the week of his performance, making him the oldest Pyramid stage headliner ever. However, BB King was 85-year-old when he performed in 2011 whilst Burt Bacharach, who was 87 in 2015.

Paul McCartney joins those artists who have been fortunate enough to headline more than once at Glastonbury including Arctic Monkeys, David Bowie, Oasis, Pulp, Radiohead, REM and the Who.

Despite performing four headline slots and recently releasing a new album, Coldplay singer Chris Martin told an Australian radio show: “We won’t be playing at Glastonbury 50 – although I’ll probably be there because I love going.”

The Cure before in 2019 and also hold the record with four headline slots.

Alexis Petridis of The Guardian said of McCartney‘s 2004 headliner performance:

“Paul McCartney looked surprisingly nervous. His between-song patter wobbled a tightrope between charming and excruciating. There was much talk of ley lines and ‘vibes’. He displayed a worrying tendency to adopt a cod-Jamaican accent. It scarcely mattered: his back catalogue is unimpeachable, his voice fantastic.”

Among those rumoured artists for Friday or Sunday night’s performance are heritage acts who have never appeared before, like Madonna and Fleetwood Mac. Fans spotted a conspicuous gap in Taylor Swift’s touring schedule and the Google analytic stats for Americans searching ‘Glastonbury’ spiked dramatically once Swift had been confirmed.

Liam Gallagher expressed a desire to play, but said: “I’m not arsed about headlining … A little small gig in a little sweaty tent will do me, man.”

Hopes for Elton John being included this year’s event now look very unlikely as he has announced new US dates, including ones on the Friday and Saturday.

Keep up to date here:

If you book with Sustainable camping for Glastonbury we will give you a bag of essential eco bag on goodies on arrival.

We would love to hear from you, so please get in touch for an informal chat or more info.

This website uses cookies to improve your experience while you navigate through the website. Out of these cookies, the cookies that are categorized as necessary are stored on your browser as they are essential for the working of basic functionalities of the website. We also use third-party cookies that help us analyze and understand how you use this website. These cookies will be stored in your browser only with your consent. You also have the option to opt-out of these cookies. But opting out of some of these cookies may have an effect on your browsing experience.
Necessary Always Enabled
Necessary cookies are absolutely essential for the website to function properly. This category only includes cookies that ensures basic functionalities and security features of the website. These cookies do not store any personal information.
Non-necessary
Any cookies that may not be particularly necessary for the website to function and is used specifically to collect user personal data via analytics, ads, other embedded contents are termed as non-necessary cookies. It is mandatory to procure user consent prior to running these cookies on your website.
SAVE & ACCEPT